We use cookies to help us give you the best experience on our website.If you continue without changing your settings, we'll assume that you are happy to receive all cookies on our website. However, if you would like to, you can change your cookie settings at any time. ×

Foods That Are Bad For Your Dog 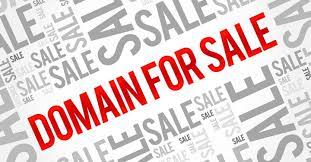 Foods That Are Bad For Your Dog

Dogs deserve the same treatment as we hope for us. They aren’t like the unfaithful companion, they hold the hand, even till your last breath. If the dogs are too much faithful to you, then why humans don’t pay too much heed to them. Why they carelessly give food to them?

There are certain foods in the market that are not considered appropriate for feeding to Dogs. If they do eat, they might end up with certain diseases or even in some cases to death.

Below is the list of  foods that are bad for your dog consumption.

Chocolate is not just about enjoying the taste, and leaving behind the consequences of it. It contains caffeine, theobromine and theophylline that can prove to be toxic to dogs. In some instances, it leads to panting, vomiting, and diarrhea and even damage your nervous system.

Onions and Garlic have considered the worst food that can be given to the dogs. Either they are raw, cooked or boiled it harms you in a bad way. Generally, it contains sulfoxides and disulfides, which damages the RBCs and cause Anemia.

These foods are known to contain  an unknown toxin that can easily damage the kidneys and severe liver damage to dogs. So the intake of Grapes, Raisins and Currants must be avoided.

Alcoholic Drinks are too harmful to humans. If it’s severe to humans then think yourself how much  it would cost to dogs. Alcohols leads to intoxication, seizures, low blood sugar, Arrhythmias, coma and even in some cases to death.

Rightly said the food of one is well set. You can’t give the cat food to dogs and dog food to cats as it contains a high level of fats and proteins that would be fatal if dog eat.

As we know sugary foods leads to obesity not only to humans but even with dogs too. It even  causes dental problems and possibly diabetes mentalities that can be proven to be fatal in higher cases.

It is strictly recommended to avoid giving moldy or spoiled food to your dogs. As, it contains multiple toxins which can affect multiple systems of the body. Shock can also take place.

8.    Milk And Other Dairy Products

Everything must be in a limit. Either it is in humans or Dogs. The large intake of milk and other dairy products by dogs can lead to severe Diarrhea.

Tobacco is the killing agent that kills you slowly-slowly. The nicotine in it hit really hard, damaging your  digestive and nervous system severely. There are certain  cases in dogs where there was a rapid intake, collapse, coma and then death.

If eaten in large quantities, it can harm you in most troublesome ways. It imbalances your electrolyte content, seizures and even arrest you to death.